Emotional Intelligence is recognised to be as important if not more so than IQ. It can be the difference between being good at what you do, and excelling at what you do. Training in Emotional Intelligence informs your choices and decisions, drives your responses and directs your motivation. It is an essential ingredient in the success of all relationships be it with colleagues, clients, friends or family. It also helps you manage your own emotions and responses effectively improving how you deal with situations.
Syllabus | Prices & Dates | What you get | Formats/Services | Testimonials | Resources

This course is for professionals who want to improve how they deal with colleagues, customers, and suppliers. It is especially helpful for those whose roles require them to handle tricky or emotionally charged situations. 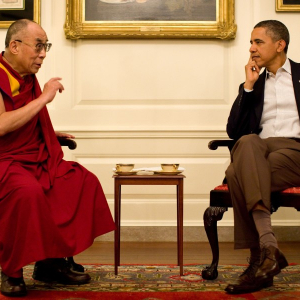 At the end of this course you will understand the role and impact of emotions in business interactions and relationships. You will have the opportunity to develop your self-awareness by understanding your own triggers and how to manage and direct your emotional responses so they better serve your needs. You will gain a toolkit to support how you structure your emotional responses for use in your professional environment.
You will also learn how to improve the quality of your interactions with those around you through identifying and responding effectively to the emotions of others. You will learn techniques for building more effective relationships, ways to improve your communication skills and manage difficult interactions.

Self awareness: Understanding your Emotions

The source of emotions
Emotional cause and effect
The emotional challenge and opportunity
Identify your own emotional triggers, motivations and drives


Self regulation: Managing your emotions

Feelings, perceptions and beliefs
Understanding your reactions under stress and conflict
Choosing your emotions
Re-charge your emotional reserves

Empathy: Understanding the emotions of others


Social Skills in the business context

Plutchik - I felt the trainer either wasn't fully confident explaining the wheel and how it can be used, or that the wheel was trying to establish universal patterns where only some existed. For example, I'm pretty sure that the opposite of fear is anger, or the opposite of surprise is anticipation. Overall though, the content and delivery was excellent!

Would be nice if trainer came with us for lunch.

I like the course, it has made me be more aware of importance of EQ and willingnes too deep my knowledge.

Extremely helpful course. Well paced, never felt bored. No topic felt redundant. Andrew was extremely friendly and engaging. Good level of interaction between presenter and us. I definitely feel more confident after today. Would recommend it to anyone. 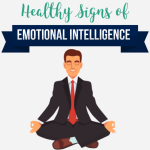 Below are some extracts from our Emotional Intelligence at Work manual.

The source of emotions:

What are emotions and where do they come from?

While definitions vary, most identify multiple aspects: – thoughts, beliefs, and expectations trigger them and the feelings, physical sensations and actions that arise as a result.

I take emotion to refer to a feeling and its distinctive thoughts, psychological and biological states, and range of propensities to act. There are hundreds of emotions along with their blends, variations, mutations, and nuances. Indeed, there are many more subtleties of emotion than we have words for.

Thinking of emotions in the context of all of their components enables us to experiment and change them by adjusting one or more of the variables. For example, would a different thought trigger a different emotion? Would changing a context (working at home v at the office) make it easier to feel differently about the work in question? By deliberately being physically relaxed we may reduce the impact of fear emotions (as the body can’t be both tense and relaxed simultaneously).

Emotions in the workplace

Workplaces have in the past been designed to neutralise or at least minimise some emotions. Standardised furniture, clocks on the wall, functional lighting etc. Trends are changing and some working environments are very stimulating now. Yet our experience tells us that many emotions remain inappropriate and unwelcome in the workplace. This doesn’t mean emotions are bad at work necessarily but perhaps implies that more than in other contexts there is an expectation that we are able to regulate and manage our own emotions. Indeed that we are responsible to do so.

Self-management can sometimes be a hard quality to tame if self-awareness produces a very arrogant and self-centered result. The path to self-management and self-awareness lies in the balance between the two. Understanding who you are, the role you play and the authority you possess, are all very important but when these things overshadow your ability to be consistent and accountable, this could cause a poor outcome. By the same token, if one lacks understanding of whom they are and their importance, this could also hinder their ability to be consistent and accountable. People who are aware of their methods of dealing with conflict and understand the bearing of their way of doing things are less likely to make matters worse than those who are not aware of themselves.

The following is a list of five key points to remember to help you master the art of self-management.

Empathy has been defined by others as:

Empathy is most useful when the one empathising has experienced a variety of feelings. For example, the boss who was once passed over for a promotion generally finds it easier to identify with another person who is passed over for a promotion. Not only is this comforting for the person who is going through the situation, but it’s also good for empathizer because it strengthens their ability to positively react to negative situations.

Empathy is not as simple as it sounds. The ideal situation would be for a person to express their issues and you empathize with them, but the fact is, people aren’t always as forthcoming with their problems, even though it is obvious that there is something wrong. Since this is the case, you may be forced to ask probing questions or read between the lines of what is said. You can also focus on non-verbal cues such as body language.

The workplace is a place where disagreeing is a common occurrence. Companies look for the most effective ways to carry out operations and therefore invest in process improvement strategies, which opens the floor for discussion and compromise.

Constructively disagreeing involves acknowledging and confirming someone else’s ideas before presenting your own. Listening first then seeking to understand allows us to spot if we have missed something or at least misunderstood what is being proposed.

Possessing the quality of ‘optimism’ is the ability to find the bright side of every situation.

Like every other entity, businesses suffer losses and setbacks, but an effective manager knows how to look past the current problem to find a resolution and possibly a new opportunity.

Optimism can also be good for your health. Researchers have found that optimists were less likely to develop heart disease.

Pessimism is the exact opposite of optimism. Instead of viewing the glass as ‘half full’ or having a positive outlook on situations, pessimists can only see the downside of the issue.

As you would expect, pessimism in the workplace can be very detrimental to the individual’s career growth and the well-being of the company as a whole. A pessimist who holds a leadership role can bring down the productivity and morale of the team, just by his or her very nature. An individual contributor with this type of attitude may never get promoted to leadership positions.

The Balance between Optimism and Pessimism

Extremes of either optimism or pessimism can cause problems because of their impact on our actions. Being overly reckless or unnecessarily cautious can hamper our ability to be effective.